Longboarding, which today seems extremely popular and famous has so much history to trace back to. From street walking to contemporary downhill racing, the longboards have recorded a great evolution where the manufacturing industry, as well as styles of this game, have witnessed a revolution. Starting in the 1950s as a hobby, longboarding in the present times has been recognized professionally on large platforms that are largely responsible for attracting people in the field.

Longboarding emerged as a combination of snowboarding and skating and started the trend of riding the large decks in the waves of Hawaii. The mass production of these boards and invention in the field has resulted in massive saturation, where you see the market flooded with innovative and quality longboards designed for distinct styles. Here, this article brings an in-depth record of the history of longboards, from the side walking technique in Hawaii to downhill racing in present times. So, let’s get right in.

History of Longboards: From Sidewalk to Contemporary Longboarding

The history of longboarding originates from the Hawaii streets in the 1950s, when they were typically used by surfers. When the waves were not overpowering and large, surfers usually used to use the large and sturdy wheels to ride over them for fun and adventure. The longboards, at that time, were designed with a certain rolling motion that made them exciting and thrilling to ride over water waves.

This trend became famous in the 60s in California, where surfers used to wait for wide and short waves on the sidewalks of the water. Most of the boards at that time were largely handmade and designed with cruiser-like decks. Even wheels, at that time, were nothing but large and simple pieces of steel or clay. This created a demand for long, stable, and sturdy longboards among surfers.

As early skateboards were largely the wood decks attached to steel at home, there were some gaps that needed to be addressed. Then came the time when people no longer found the clay wheels attractive and wanted something revolutionary. This led to Frank Nasworthy creating a company called Cadillac, which came to be known as the first big manufacturer to introduce urethane wheels. These wheels are relatively a lot more stable and balanced and allow users to maneuver freely without losing their momentum.

Likewise, the trend of using urethane wheels grew stronger and gained wide recognition in the 1970s, be it for pool surfing. This was the time when people started enjoying longboarding and surfing in empty pools that gave them not only the thrill of the ride but also the freedom to flex their skills. Many skate parks came up with the idea of introducing empty pool spaces; however, people largely leaned towards building their own spaces that led to crazy interests in the field in the 1980s.

In addition, during the 1980s, most professional skaters like Stacey Peralta or George Powell came up with their own business model, ‘Powell Peralta.’ This led to an increasing number of interested companies such as Tony Hawk, Rodney Mullen, Kevin Staab, and much more. Likewise, it highly influences the clothing and styling industry that makes longboarding a lifestyle for skaters.

Bringing Back the Nostalgia of 1990s

Now that street skating was the talk of the town, and every other person appeared so much interested in this field, the 1990s was the time for longboards to shine. The first-ever company designed for manufacturing longboards was called “Sector 9” that produced these boards on a mass level and sold them. During this time, many free rides, dancing, and downhill techniques emerged as people were free to experiment with these longboards.

During the 1990s, you will also notice some technological advancements in the manufacturing of longboards. Here, the most prominent invention was reverse kingpin trucks that gave them much stability, control, and balance. At this moment, people started to realize that it is much more than just a hobby and started investing in them professionally. Downhill skating and Game X were the events that led to making them a professionally recognized field.

In addition, speaking of the Sector 9 history, it started off with a group of young friends that wanted to build longboards. For this purpose, they used their old snowboards in their backyards in the early 1990s. After getting success from this experiment, they turned their backyard into a small business and started producing these boards. They eventually started a warehouse and became what today is known as the first longboard factory.

Likewise, with increasing recognition and internet popularity, longboards are even more popular than they were at any other time. Now, it has become easy for people to communicate through mutual skating interests over the internet. Because of technological advancements, you also see the trend changing for manufacturing as most upcoming companies are using bizarre and even more proficient alternate materials that can provide you with stability, balance, freedom, durability, and easy to maintain.

Consequently, you will find the market saturated with companies that have come up over the years. Some of the inventions in this field are the use of carbon fiber, glass fiber, and even foam and bamboo for the construction of decks that makes them even more sturdy and balanced. My favorite advancement in the field is the precision trucks that make them easy to ride on, even beginners who have little to no experience in longboarding.

Longboards were originally designed for getting the pleasure of this thrilling and adventurous ride while everything revolved around speed and maneuverability. This increased the fashion of free-riding and downhill, where players used to enjoy the freedom of movement against the air. Therefore, it led to increasingly popular and most-learned techniques such as cruising, commuting, and carving that helped them throughout the learning process.

Over the years, many people have also become fond of technical sliding longboarding that involves a complete package of balance, stability, and freedom to move. It further allows the user to curve in between and freestyle flexes his/ her abilities with these longboards. All of these types are designed for longboards and have their own functions, making the game even more fun, thrilling, and energetic. Therefore, you should choose your longboard according to your needs and desires

What is downhill longboarding?

Downhill or speed boarding is the most intense style of longboarding, done by professionals and fully skilled riders. This technique involves going down the hill with your longboard while maintaining momentum and speed. It has become fairly popular in recent times with increasing inventions in the manufacturing fields. Do not ever try this technique if you are a beginner or using longboards as fun.

No, freeriding is a bit more relaxed and comfortable than downhill longboarding. During this technique, you will have to go down the hill between 38-48’’ distance that makes it relatively stable. If you are a professional and have some intermediate skills with longboarding, you can do freeride styling. On the contrary, downhill boarding is absolutely for extremely experienced and skilled riders.

What are some of the popular longboarding styles?

There are a number of popular styles you can do with your longboard, such as carving, cruising, dancing, freestyle, and even downhill. For beginners or people with intermediate skills, styles like carving and cruising are the most suited as it provides you a scope to move freely while maintaining speed. However, downhill and freestyle boarding are not for everyone, and only skilled users should go for these styles.

When was the original longboard invented?

Originally, longboarding started in Hawaii when surfers used to ride over small waves with these hard and wide boards that today came to be known as longboards. Typically, these were designed with wood decks and steel wheels that allow users to gain speed and enjoy this thrilling ride. The longboards, at that time, were designed with a certain rolling motion that makes them exciting and thrilling to ride over water waves.

Who invented the longboard?

The first-ever longboard was created in the 1940s by Preston Nichols, who used the deck design for surfing in the 1950s. He used wood decks and steel wheels that allowed the surfers to gain momentum and enjoy the thrill of the ride. It started off in Hawaii with the emerging trend of sidewalks at that time that allows you to ride freely over small waves.

As longboarding has progressed over the years, you will find this field even more thrilling and dangerous. Now, tricks such as downhill racing, speed surfing, commuting, and even cruising are in trend that has enhanced the demand for invention and manufacturing. This is one of the primary reasons why the market is full of options and companies.

Likewise, the internet and communication have made the field even more interesting and talked about. Starting from street surfing to the 2000s and present time, the field has emerged as undoubtedly the most popular, known, and professionally recognized athletic one. Now, you can even choose your distinct skill and can improve in only that specific technique.

We hope that you have learned so much about the History of longboarding here and will be excited to share this knowledge with your friends.

Charlie
Hi, This is Charlie! I'm an avid skateboarder who loves everything about skateboarding. Skateboards Life is a platform for skateboarders by skateboarders to share love and positivity.

Latest posts by Charlie (see all) 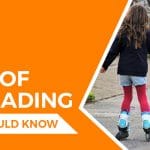 9 Benefits of Rollerblading That Will Surprise You – Skateboards Life 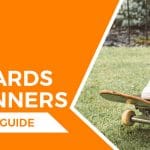 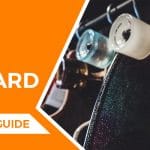 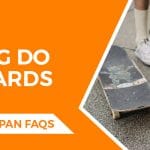 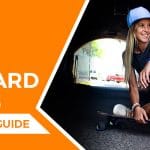 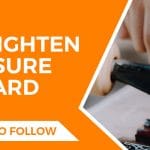 How to Tighten and Measure Skateboard Trucks – Easy Guide 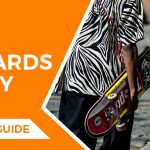 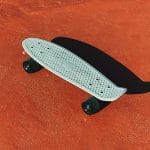 Skateboardslife.com is a participant in the Amazon Services LLC Associates program, an affiliate advertising program designed to provide a means for sites to earn advertising fees by advertising and linking to amazon.com